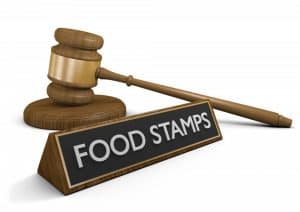 A report in GW Commonwealth disclosed that Mississippi will begin a unique program: allowing people with felony drug convictions to apply for food assistance from the federal government. The report cites more information from the Clarion Ledger which stated that the policy will start July 1, 2019. The program is expected to help about 67,000 people.

The new policy negates a 1996 federal law which banned anyone convicted of a federal or state drug felony from obtaining foods stamps through the Nutrition Assistance Program (SNAP) or obtaining cash welfare through the Temporary Assistance for Need Families (TANP) program. States were given the opportunity to opt out of the ban. Mississippi along with South Carolina and West Virginia had agree to keep the ban – until now.

Mississippi now has decided to opt out as a way of helping to reduce the likelihood that the convicts would commit new crimes in order to have food to eat. Advocates of the change assert that hunger affects nearly 20% of Mississippi residents and 25% of the children. Lifting the ban helps families, not just individuals.

Applicants meet income tests and must be working to improve their life situation through a job, workforce training, or getting an education. While the ban was in effect, people with felony drug convictions were unable to qualify for job training or education programs. The ban, according to the Clarion Ledger, was adversely affecting women who typically had lower-paying jobs.

State Senator Sally Doty pushed the legislation so that drug felons wouldn’t be treated worse than felons with violent offense convictions. The aim, she said, is to help “anyone who has previously been incarcerated or struggled with addiction to become productive members of our communities.”

The Southaven attorneys at Taylor Jones Taylor fight to help defendants win their criminal cases. Our criminal defense lawyers have been fighting for the accused since 1964. We represent defendants in Southaven, Olive Branch, and Hernando, and throughout the state. To understand your rights and your defenses, call us now at 662-342-1300 or fill out our contact form to meet with a lawyer.

"Involving a recent action, Ben was very supportive and professional.  He is very competent and shows a superb recall to details. I can't say enough regarding how he was able to empathize and he was very reachable. I would recommend him without any reservations."
https://www.taylorjonestaylor.com/testimonials/jerry-o/

"Ben Taylor, has been my lawyer for eleven years. During this time Ben has handled a few cases for me. He is very knowledgeable about the law. Ben truly cares about his clients and what's best for them. I would and have recommended Ben to family and friends."
https://www.taylorjonestaylor.com/testimonials/donna-m/
5
2
Taylor Jones Taylor